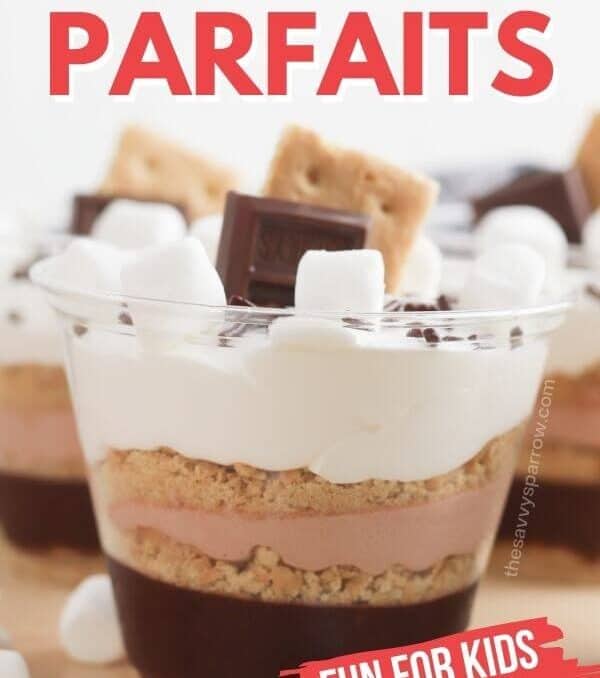 These S’mores Pudding Cups layered with chocolate pudding, graham crackers, and marshmallow fluff are a yummy treat that your kids can help make!

I have a confession to make… there’s not many things that I can cook. My husband is a former Executive Chef and all around culinary master, so I really don’t get much practice in the kitchen… But I can make these yummy S’mores Pudding Cup Parfaits with instant chocolate pudding mix, so that tells you how fool-proof they are!

If you’re looking for sweet treats that you can make with your kids, then add this easy pudding dessert to your list!

Here’s what you need to make the S’mores Pudding Cups:

For the Pudding Parfait topping:

You will also need 4 clear plastic cups, so that you can see the pretty layers in the S’mores Pudding Parfait.

Making these layered S’mores Pudding cups is super easy! If you can make instant pudding from a box and smash graham crackers into crumbs, then you can make these yummy treats! Here’s how to do it:

The easiest way to smoosh up your graham crackers is to put them in a Ziploc bag and mash them with your hands or a meat mallet. If you’re making 4 pudding cups, then you will need to crush 8 large rectangular graham crackers.

Once you’re done, pour a layer of the crumbs into the bottoms of the 4 plastic cups. Reserve enough graham cracker crumbs that you can do 2 more layers in each cup to create a pretty parfait.

Next, prepare the chocolate pudding according to package directions. Whisk together the pudding mix and cold milk until well combined. Allow the pudding to sit for about 5 minutes, and then spoon half of the pudding into the four plastic cups on top of the graham cracker crumbs.

Be sure to reserve half of the chocolate pudding for the next step!

Be sure to keep the other half of the container of Cool Whip for the top of your S’mores pudding cups.

Step 4: Layer the S’mores Pudding Cup ingredients like a parfait.

Create your pretty parfait layers by sprinkling another layer of graham cracker crumbs on top of the regular chocolate pudding. Then, add the pudding and Cool Whip mixture, dividing it evenly between the four cups.

Then add another layer of crumbs.

Combine the remaining Cool Whip whipped topping with the marshmallow fluff in a medium sized bowl and beat until smooth. Then spread the mixture over the top of each pudding parfait cup, and put your pudding cups in the refrigerator to chill for at least 4 hours.

Step 6: Decorate the tops of the S’mores Pudding Cups.

Right before you serve the pudding cups, decorate the tops by sticking one mini Hershey’s bar and one rectangle of graham cracker in the top of each cup. Then, sprinkle with chocolate sprinkles and mini marshmallows like this:

And your smores pudding cups are ready to serve!

I hope your kiddos LOVE these sweet treats! And if you want some more super easy dessert ideas, check out these posts:

For the Pudding Cups

For the Pudding Parfait Topping

And don’t forget to PIN this post for later: 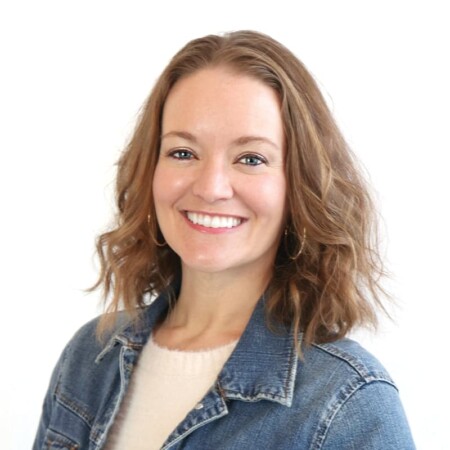